A month in Mongolia... and what month! This country leaves us some memorable memories!

This month we drove 1401 kms ; We are at 11 130 kms in total.
We had a good share of paved roads, but also rotten tracks; but always superb panoramas. Find the details There and There !
Very many animals : raptors all kinds, steppe Fox, dogs of prairie by the hundreds; horses, cows, yaks, goats and sheep with each time full of small!
We had all the climates possible (except hail)! The wind was our biggest challenge: fight against the wind to bike, find a bivouac housed, watch the tent be heckle crossing my fingers to fit... and simply support the continuous noise of the wind!

Bikes and the rest of the material...

Mongolia, the land of the wind, happiness for cyclos, but at the same time, what suffering for their hardware!

Bikes, our two rear carrier dropped. They carry a sacred weight for 9 months, and tracks vibrations have not liked them. We get to keep them for the moment; We'll see if they hold up to the end!

On the other hand, not a single flat tire on the side of our air chambers, despite the ends of glass left everywhere by our nomadic friends who like a bit too much drink! Live our tires SCHWALBE ! Repairs to the Paracord!

The tent : after a sandstorm, the zips of our two entries have become difficult to close. A shot of oil there has done nothing...
And after a while, one of the two is completely broken. We had to make sewing a emergency!

From beautiful meetings, great receptions... And a strong and very different from usual time during the moments spent with a caravan of horses.

-In total, asked the tent 18 times and slept once in a yurt (for because of sandstorm).
-5 Hotels in Mongolia: hotels in this country are expensive but for €10 you get a room in a hotel without running water (hey it is normal) but especially with sheets which should not be changed to each client... For a bit of cleanliness, it takes at least €20! Surprising knowing the level of life of the country.
-We spent several nights in cold our super host Warmshower. 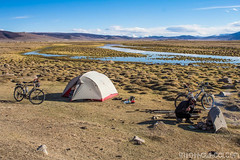 Yes, this is class 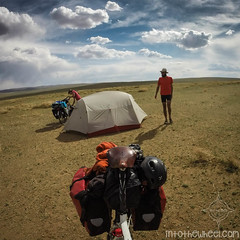 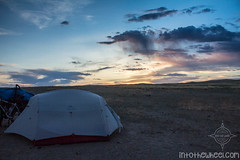 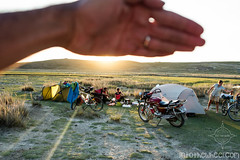 Evening with the Britons 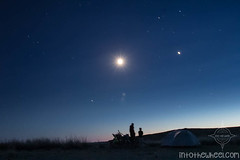 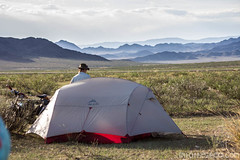 CA it was before the storm of sand... 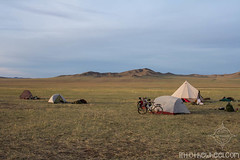 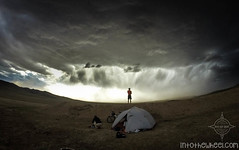 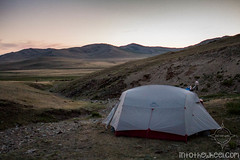 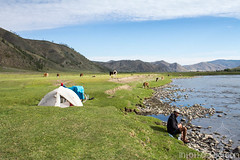 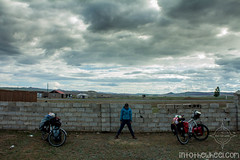 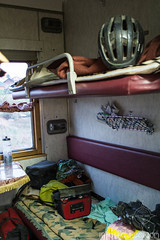 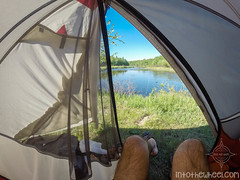 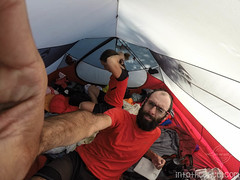 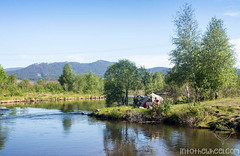 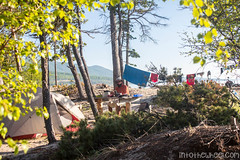 And then after a night train, we are in Russia recently. After two nights in hostel in Ulan-Ude, bivouacs in sumptuous locations on flows!

How to move in Mongolia?

Quick Tip for all travellers in autonomy in Mongolia… We we're long question the map in Mongolia. Google Maps lack details, but eventually the paper also maps. In Mongolia, nothing better in our opinion that the GPS. And the base map: Google earth!
I was not convinced initially, but to use, it really turned out be a great solution. We downloaded the Google satellite views on our application orux maps, and we oriented as well. It's great to be able to see the different tracks that exist, know where they go. Because in Mongolia do not expect to sign at the crossings.
In short, it requires a bit of preparation to download, but after it is the assurance of being able to go in the corners without getting lost!