Posted on November 3, 2015 by Estelle Dalmayrac 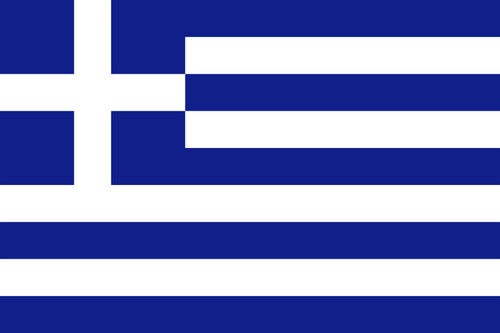 Here we are in the land of the inventors of the Olympic Games, philosophy and logic: yes, just that!

Well, we thought it was a hot country, but we found the first snows of our trip there. Yes, yes, we had our feet in the snow and the water in gourds froze one night. – Change : the euro, which succeeded the millennial drachma in 2001.

After the dictatorship (1964-1974), Greece experienced strong economic growth, and living standards never reached before, thanks in particular to the increase in foreign tourism in Greece. It joined the European Union in 1981, adopted the Euro in 2001. From 2007, the country was affected by the global economic crisis and in 2009, it experienced a serious budgetary crisis, and was forced to ask for help of the European Union.

We know that the fundamentals of the Greek economy are not brilliant. Only two sectors are doing well. the tourism accounts for 18% of GDP. Greece also has its merchant navy : it is officially the first in the world (17% of the world fleet), and we must add twice as many ships registered under flags of convenience. Behind these two "heavyweights", the rest of the Greek economy is hardly known for its performance.

We estimate the share occupied by theunderground economy at least 30%...

Greece has land borders withAlbania, Macedonia, Bulgaria and the European part of the Turkey.

The Greek territory is above all marked by the mountain: it occupies more than two thirds of the country. The Greek massifs belong to the Dinaric Alps (where we passed), which stretch from Slovenia, crossing all of the former Yugoslavia and Albania in a north-west/south-east axis to end in Crete. No peak over 3,000 m in the country (Olympus is "only" 2,917 m), but 120 peaks still exceed 2,000 m. All this does not leave much room for the plains: about 30% of the national territory, most often in the interior of the country.

When you arrive in Greece, you have the feeling of being twice abroad. First of all, it is difficult to recognize much about it by ear. Second barrier: the alphabet. It is very different from our Latin alphabet!

If we are a little too inclined to say that we have not invented anything since the Greeks, it is in any case certainly true for the theater. The tragedies took up the stories of mythology. They were performed in huge open-air theaters capable of seating up to 14,000 spectators. Among the great authors, there are for example Aeschylus, Sophocles or Euripides.

Shadow theater show, called Karaghiozis (“Black Eyes”) after its (anti-)hero. This popular show was born in China, it is said, and crossed all of Asia to Turkey, where the Greeks appropriated it (the first mention of this show in Greece dates back to 1841, in Nafplio). The articulated figurines (in transparent calfskin) are animated by a "shadow showman" who makes them move in front of an illuminated white screen (the shows are most often nocturnal). Karaghiozis is a Greek who is always hungry, living miserably in his hut, with a string of rambunctious kids while the pasha (Turkish) has a luxurious seraglio. Fortunately, Karaghiozis is resourceful... Other characters gravitate around him. Even though this spectacle is deeply part of Greek culture, the cultural authorities do nothing to save it. Few young people are trained, the old ones disappear. There are still some itinerant professionals as well as some Athenian places, and a museum which is dedicated to this art in Maroussi.

Some impressions of the country

– The culture of hospitality is there: people often offer us coffee or tea.

– The crisis is very present in people’s minds: almost everyone we meet tells us about the difficulty of finding a job, especially for young people. We were told of 60% of under 25s unemployed and 25% in the general population!

– To find water: fountains everywhere, it’s quite easy. In bars, as soon as you sit down for a coffee, the tradition is that you bring a carafe of water to customers before you even take the order.

← The arrival !
An article in anticipation in Adventure Notebooks! →