Posted on December 7, 2015 by Estelle Dalmayrac 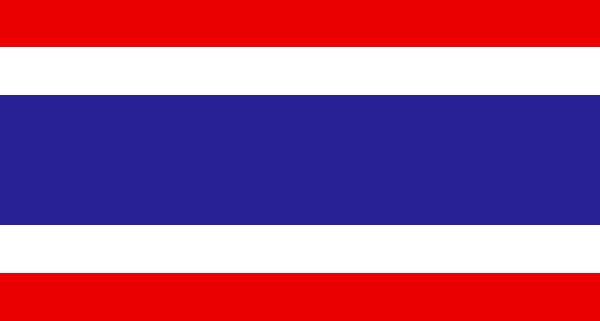 First country of our Asian journey and most importantly... back in the summer!

Where is the Thailand? – Prime Minister: Prayuth Chan-ocha, at the head of the military junta that ruled the country since May 20, 2014, following a coup d ' état.

Traditionally agricultural, the Thai economy, the second largest in Southeast Asia, has highly industrialized these past 60 years. In 2013, for the first time in 31 years, the Kingdom has even did steal its position as world's largest exporter of ricevoiced by the India and the Viet Nam. A demotion heavy symbols. Consequence: thai rice prices are rising on world markets, and the country ends up with millions of tons of unsold on the arms...

So these are now the services (finance, communication, transport and tourism of course) and theindustry which are the country's economy, including mining, electronic Assembly (including computers) and the mechanical industry, not to mention the textile.

Rhâââ, Thai cuisine! In short, they tell you...

The basis of Thai cuisine is rice. It is fried and it accommodates it in a thousand ways (with fish, beef, pork, crab, shrimp).
Most dishes are more or less spicy. Can ask "may phet", it means "little spicy".
In addition to fried rice, Thai people are very fond of fried noodles (pad thai). It tasted, it is true that it is very good!

Which gives flavour to Thai cuisine, in addition to the freshness of the products, these are the spices and herbs: coriander, curry, mint, lemon grass, chilli, saffron white and ginger. The fish sauces, from mussels and oysters, as well as that of soybeans are commonly used to pick up the dishes. This learned mixture of spices, herbs and sauces creates a mysterious and inimitable taste.

It is hot year-round, everywhere. The climate is tropical, i.e. in two seasons.

The rainy season - called green season - extends from June to October. Nothing to do with the Indian monsoon: the weather remains sunny with sometimes large unpredictable and short thunderstorms. It rains between 1 and 3 h per day, vegetation is overflowing, the color burst.

Proportionally, there must be more temples in Thailand than churches in Rome. That is to say as Buddhism is present in everyday life Thais even if, in recent years, there is a disaffection for the religion.
The temples are open and friendly. The monks, especially in villages, are involved in current affairs and are asked to give their opinion. The Thais have developed their Buddhism including a host of demons and spirits.
For a Westerner, thai Buddhism appears as a religion tolerant, very nested in people's lives.
Thais must carry out at least once in their lifetime and for a variable period, a life of monk wearing the Saffron robe. Some volunteer work for the construction or rehabilitation of the temples. All bring to the many Buddha statues offerings and supporting the daily needs of the monks.

The Thai Buddhist temple, the Wat, consolidates a complex of religious buildings, often of eras or styles. Centre of the socio-cultural life, the Wat serves many purposes: place of worship, teaching, of meeting, Exchange...

-> You can see temples everywhere in the country, they are still very beautiful and well decorated. and we cross many monks in their dress orange Street (and sometimes barefoot!)

Coming from India and China, the tradition of massage has always been more or less LiEE in Buddhist philosophy It puts into practice across the four States of the divine spirit taught by "the enlightened" (goodness, compassion, joie de vivre and serenity).

But beyond this spiritual aspect, the massage is a very widespread practice in Thailand. It is a Act daily, family, comfort and conviviality.

The traditional massage is directed by pressures, tensions and strong enough twists.

-> We tried, it's true that... Phew, they support strong! It sometimes a little hurt, but ca is good anyway!

A few other details...

-The date! Here we are in the 2557 year! No, our plane for Thailand was not a super ship of travel in time! It is here, they are using the Buddhist calendar which begins in the year 543 BC of our calendar.

-Here we drive on the left. Not always easy bike to change all his reflexes!