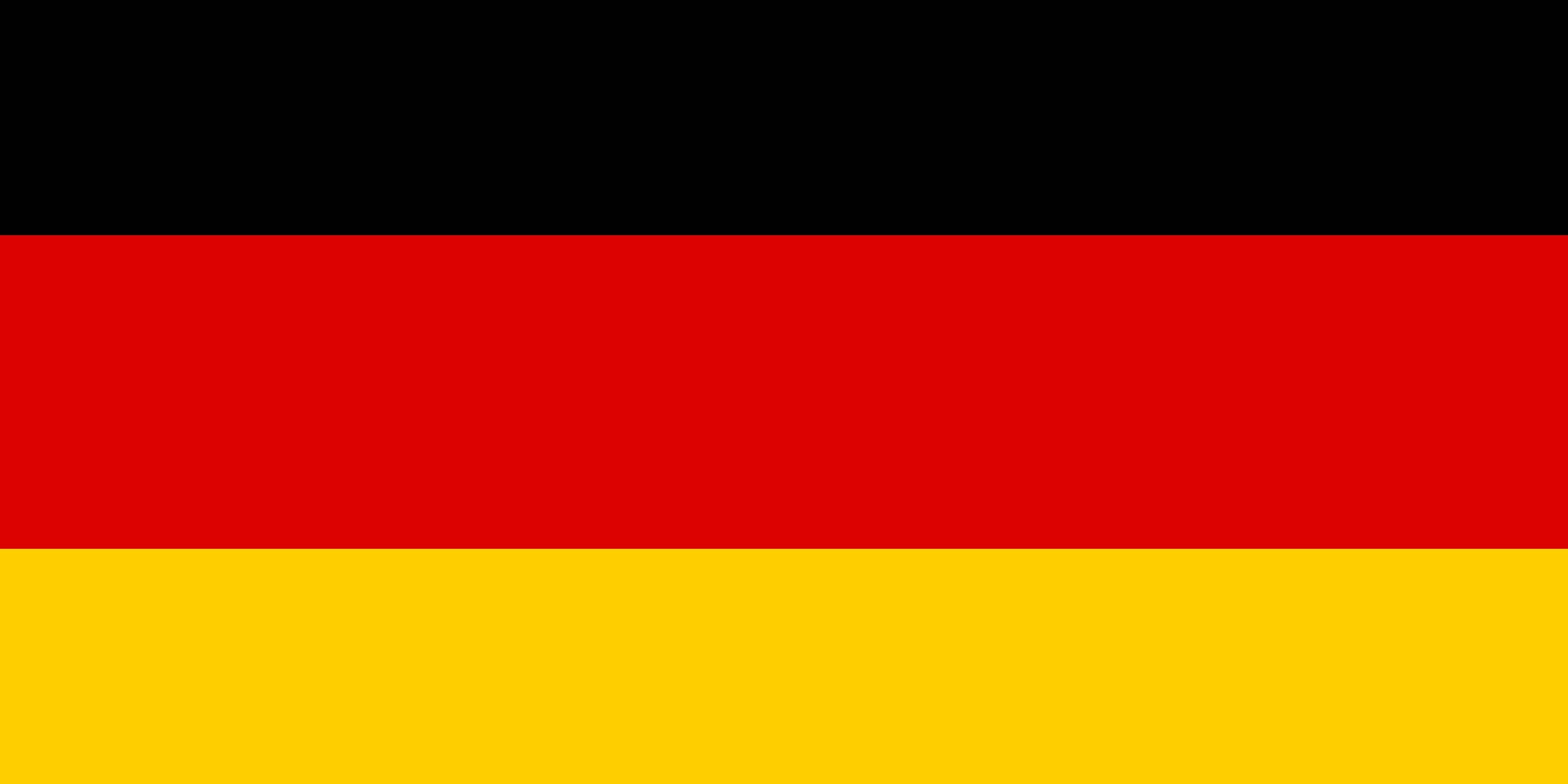 Last foreign country on our journey! At the end of World War II, boosted by aid from the Marshall Plan, Germany made a remarkable economic leap. The dynamism of the industry, social peace and stability of the Deutsche Mark are the pillars of this success.

In the late 1990s, however, theintegration of the former RDA continues to weigh on the economy of the reunified Germany. Competitiveness is running out of steam, unemployment is on the rise. In 2002, the Deutsche Mark gave way to the euro.

From 2003, the country undertook multiple reforms: economic growth experienced a notable rebound in early 2008 with a doping effect on the euro.

But with the financial crisis, Germany entered recession in November 2008.
Stimulus packages help limit the depth of the recession.

Unemployment fell to the recors rate of 4.9% in 2014 as companies drastically reduced working hours instead of downsizing. But with the increased use of part-time work, 20% of German jobs are precarious.

The German economy has weakly returned to growth in the 1st quarter of 2012.

Where to eat traditional?

In the brasseries, in the Beer gardens, those "beer gardens", where you can usually also eat. Or in Ratskeller which are located in the city center, below all Rathaus (town halls).

What to eat ?
Pork meat (pig): in all dishes and whatever the region: sausages, sausages, bacon, ham, shanks, offal or simple chops ...

Lots of kinds!
- The Weisswurst, a kind of white pudding, is by far the best, but it only exists in Bavaria.
- The Currywurst, invented in Berlin, conquered all of Germany.
- The Beer sausage, a kind of salami, accompanies the beer.

To accompany sausages and pork, two ubiquitous vegetables: the potato (potato) and cabbage (Kohl).
Potatoes in all their forms: boiled, hash browns, in salads, mashed potatoes, fries, etc. Cabbage, red and sour as a starter, or also the famous sauerkraut (sauerkraut). It mainly accompanies theKnuckle of pork, smoked pork knuckle and a classic Berlin specialty.

The Dumplings : large balls of dough, made from bread crumbs or potatoes.
Goulash, beef soup with onions and paprika - a Hungarian dish found throughout eastern Germany

The reputation of German bread is well established, as the Weissbrot (white), the Black bread (black), the Whole grain bread (with cereals), bun (rolls) that the Pumpernickel, black bread whose thin, compact slices are, as in Scandinavia,

And finally, take the time to Coffeecake at snack time and try a big creamy layered cake (Black forest gateau), or a bite of those giant pastries, like Strudel.

In Germany, "water" is almost always understood as carbonated.

This friendliness of beer, present throughout Germany, takes on its full dimension in Munich, where it is drunk in these great breweries. The Mass, liter mugs slide from one end of the long wooden tables to the other.

In summer comes the time of Beer gardens, those beer gardens where thousands of mugs can toast under the chestnut trees.

Each region, each city, each abbey has its own.

Wine (Wine) German has its wines, its places, and its popularity is growing. Of course, Germany lacks three-star regions. It favors mass quality at the expense of the character of its wines.
All over Germany there are wine bars:
This 80% white wine (the reds are less interesting) is cheerful, fruity, subtle. In short, a little Alsatian.

Liquor is their generic name. There are Liquor asset. With fruits in the Black Forest: cherry, plum, raspberry ...

In the East, the most common alcohol is still vodka.
You can also taste the Korn, grain brandy with a curious taste

The state guarantees full freedom of confession and the free exercise of worship. In theory, each German belongs to a Church, and must pay a tax (Church tax) to the state, which redistributes it to the chosen cult.
To escape this tax, many Germans declare themselves atheists!
Catholics and Protestants are practically on a level playing field in the country: around 30% of each denomination. But the majority of Germans declare themselves… without religion (almost 35%). Catholics are mainly concentrated in the South (Bavaria has 7 million). Muslims (around 4 million) represent 5% of the faithful. Less than 0.25% of Germans are Jews (they were over half a million in 1936 ...).

While there are no fundamental differences between the mores of our neighbors and ours, it should be noted that the Germans are of a rather disciplined nature. Some of the Latin attitudes of the French may surprise:
- Do not rush on the German premiere presented to you by kissing her on both cheeks as if you have known her forever. Shake his hand (preferably without crushing it). In Germany, you only kiss people you know well (too bad!).

- Cross the street only when the pedestrian light is green, even when there is no car in sight. We will explain to you, in fact, that this is a very bad example for children who might look at you!
- Avoid arriving 45 minutes late for your appointments, the Germans are very Swiss punctual!

Some anecdotes ...
With l'enlightenment appears in Thuringia the dynasty of Bach. The most famous, Johann Sebastian (1685-1750), if he is an excellent organist, also develops the vocal domain, new forms and games of writing.

During the same period, Georg Friedrich Haendel will be infinitely more celebrated during his lifetime. He quickly emigrated to England where he composed splendid court music.

Then arrives Ludwig van Beethoven (1770-1827). Fascinated by the tumult of history, ambiguous admirer of Napoleon, the most famous disheveled deaf of romanticism leaves behind nine symphonies.
It is especially Robert Schumann (1810-1856) who will embody the best, through his Songs, the romantic soul of the 19th century. Paralyzed in his right hand at 22, he saw his career as a virtuoso shattered. From depression to suicide attempts, his destiny ends in Endenich asylum, tempered by the friendship of Mendelssohn and the young Brahms (1833-1897), which will extend the spirit of the master.

Richard Wagner (1813-1883) is going to make a clean sweep and shut himself up in a fantastic and sumptuous universe, from which his many creditors will never manage to draw him! From the opera Tannhauser (1845), Wagner’s megalomaniac style continues to fuel controversy. He becomes the protégé of Louis II of Bavaria. The representation of Parsifal in 1882 marks the apotheosis of the creative genius of L’Or du Rhin and of The Valkyrie.

← Poland
My tips to save time on the road →