Posted on August 5, 2016 by Estelle Dalmayrac 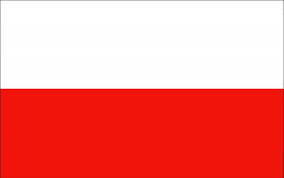 This country is a member of Europe since 2004, but does not use the Euro for the time being.

Where is the Poland? – A few sItare classified in the world heritage of Unesco: Cracow's historic centre (1978); Wieliczka salt mines (1978); the nazi concentration camp and extermination of Auschwitz-Birkenau (1979); the forest of Belovezhskaya Pushcha / Białowieża Forest (1979); the historic centre of Warsaw (1980); the churches of peace in Jawor and Swidnica (2001); the wooden churches of southern little Poland (2003); in Wroclaw Centennial Hall (2006).

After 123 years of disappearance from the map of the world (1795-1918), a few brief years of independence then 6 years of Nazi barbarity (1939-1945) and 45 years of Communist totalitarianism with the USSR (1945-1989), the Poland is among the nations that have suffered the most in Europe. Happy nations have no history, said.
Now, the national destiny of the Poland, pushed by economic expansion, seems linked to community projects in Brussels, especially since the drifts nationalist and anti-European of some leaders have been, in part, discarded after the elections of October 2007 and the sudden disappearance of the president of the Republic and his Government in a tragic plane crash in 2010.
Obviously, the European economic crisis came curb national ambitions, but the Poland is the European country that resisted best.

The Poland has borders with the Germany to the West, the Czech Republic and the Slovakia to the South,. the Ukraine and the Belarus to the East,. the enclave Russian Kaliningrad and the Lithuania to the North.

With more than 312 000 km², the Poland is one of the largest European States (as far as the Norway and a little less than the Germany).

The coasts of the Baltic Sea are 528 km; the highest point is located in 2 499 m above sea level, with the Mount Rysy. Three quarters of the territory are located below 200 m.

The Poland is situated between two climatic zones: the oceanic climate Western Europe and the continental climate Eastern Europe, which causes a wide variety in the weather.

Winter is very cold (-5 to-15 ° C) and very snowy, especially in the East and in the mountains. It lasts from December to February.
Spring is usually sunny and warm.
Summer is warm, even hot (it sometimes more than 30 ° C) and lasts from June until August. Rain and thunderstorms are common, especially in July in the mountains.
Autumndry, sunny, is commonly called "Golden Autumn" (September and October).

Polish belongs to the family of Slavic languages, but it uses the latin alphabet. This language is impressive by endless series of consonants. In addition, the multiplicity of cases makes very complex practice for a francophone (all words agree, including specific names).

Many people speak German or English, including young people; the french is rare, but it is still practiced by the elderly.

The Poland was the first country in Eastern Europe to have found, in 1995, its level of production of 1989; then he knows a strong economic development in the second half of the 1990s. After a slowdown in the growth in the early 2000s, the Poland regained since 2005 the path of economic expansion strong.

But 17% of the population live still below the threshold of poverty : several generations sometimes coexist in the same cramped dwelling.

Currency
The official currency is called the złoty, which in Polish means "in gold. The zloty is divided into 100 groszy.
In Poland, the changeover to the euro was expected around 2016, but the crisis of the euro could postpone this accession.

The breakfast is copious and solid - eggs, sausage, ham, cheese-, because the Poles must take with it a large part of the day. Indeed, they are working a line of 7 or 8 h to 15 h or 16 h. They take a second breakfast at work, around 11: 00.
The main meal takes place after work, around 4 pm: it includes soup, a main dish, a dessert. Dinner is usually less hearty, often they are sandwiches or a flat small warmed.

The art of the table here is a national tradition. And it is rather a good surprise!

The meat the most commonly consumed is pork, followed by beef and veal. It is very often accompanied by delicious well thick flour and sour cream-based sauces.

The potato rest the vegetable featured. She accompanies almost all dishes, often cooked in water or in the form of French fries. The other vegetables consumed regularly are beets, pickles and green salad. Cabbage is also a traditional vegetable in Polish cuisine.

– Barszcz: soup with beets cooked with broth, served with a pasztecikpaste of meat surrounded by pastry.
– Grochowka: peas, thick, with Bacon and pieces of spicy meat soup.

Hors d'oeuvres
– Śledź: herring pickled, used to select in oil, with cream fresh, onions or tomatoes. It is strong and spicy.
– Tatar: Tartar steak, served with salty pickles, an egg and a very finely chopped onion.

Tea (herbata) is an institution. Tea rooms)kawiarna) are very popular. the is also used on cupcakes and a few flat sales.

Coffee is sometimes served in Turkish.

Beer : The product country especially the blonde, and the choice turns out to be quite extensive. In many cities of microbreweries that produce real good surprises including blondes, redheads, Brunettes, or even in white and other ginger beer...

Vodka : In Poland, there are not less than 80 different types.

Wine : Polish wine production is very limited. Found 400 vineyards in the country, particularly in the South.