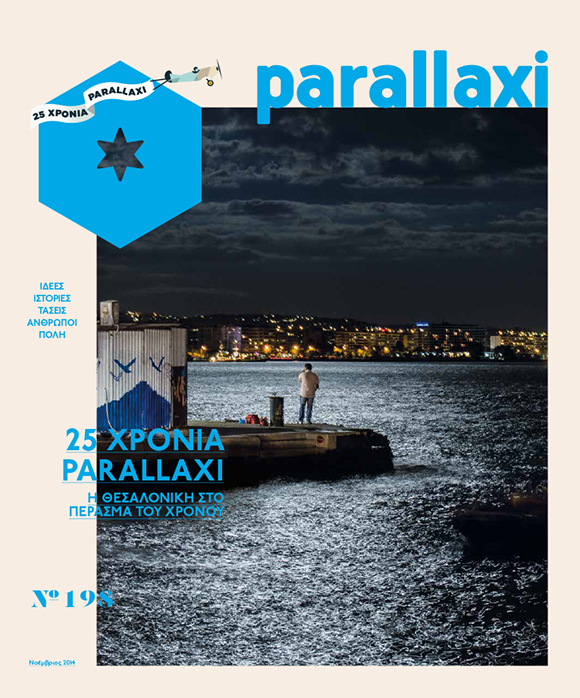 For the last two days, there have been two French bikes wandering around the city. They are not usual. If they were though, why would somebody write an article about them? Τhese two bikes differ from the other ones. Not in the view though. They differ because of the minds and bodies of their riders (controllers). They are two French people that started their trip from France, with stronger feet and their fifty kilos luggage loaded in the racks of their bikes.

Their names are Estelle and Thomas. They are newlyweds, who found themselves in Thessaloniki by chance. They contacted me through a site called ‘’couchsurfing’’. Even though at the time, I was in my moody days and did not have the will to see anybody, I decided to grant them my student like bedroom for two nights. Why not? Possibly this French couple would be good company to make me go away of my worries for some time.

In the beginning everything was going typically. Greetings, presentation of ourselves, formalities, and after a while a more warm and intimate mood was slowly taking place. After hours of conversation, I understood that Estelle and Thomas had something different from all the others I had accommodated in the past. I sympathized them more. They had more redish cheeks, cleaner glance, genuinely smiling lips… Most importantly though, they had an enviable purpose: to travel the word in the next coming months with their bicycles. Even though the first day they went to bed early, as a symptom of a tiring trip, the next one would be that their story would inspire me to write this article. So, this is their story presented in short.

Estelle and Thomas got married after six years of being in a relationship. Having common friends in university, they found each other randomly, and matched fatally. Got the risk of getting married the previous July, while our central topic was talking about the political situation in our country. Different from the classic continuation of ‘’after marriage’’, the honey moon, they decided to do something extraordinary. Estelle bought a bike and Thomas enhanced his. They ‘’abandoned’’ their jobs and house. They started their trip with the bikes on the 14th of September and traveled half of Europe. Today and for two more days, they are having their stop in Thessaloniki, after 7 weeks of traveling and exploring. From here they will sail away to other cities, load their bikes on the airplanes to Asia, India, China, Mongolia and other places. They will get back to France after 10 months, after a 1 year traveling. They will try to find new jobs and a new house, away from the chaotic Paris, where they had lived for many years. It sounds like poetry…It is poetry! A quote of Pessoa says that the grass is greener when you try to describe it. My two French friends are contradicting him.

I thought of writing this story in short. Either way I think it is enough. They, themselves have created videos during their trip, where they have captured the most important and beautiful parts of their adventure. And those videos are so enjoyable!

For one thing I am sure: it is not their story that made me write this text. I wrote it because the French couple are one animated opposition to ‘’routine’’, different from the introverted and unchanging lifestyle and mentality of the majority of the greek majority. Two pair of open adventurous eyes, four ‘’open to listen’’ ears and two mouths that laugh and are not afraid to share their stories and converse on different topics. Knowledge and unforgettable experiences will be the ticket to a ‘’happily ever after’’ life. This trip will be the source of their tales and stories, the instrument that will sweetly ‘’haunt’’ them through their lifetime.

To Estelle and Thomas, that left behind everything in order to live an unforgettable experience. To Estelle and Thomas that taught me how to take better pictures, that cooked French treats for me, that burst next to my ‘’confused’’ face as we watched the “Les tontons flingueus”, the French “Ziko”

To Estelle and Thomas who are carving a route. In fact, it will be the route that will carve them…For their whole lives.

P.S: And think about how beautiful can life be if you have the courage and good will to move away from the thick, crappy traps that surround our everyday lives. Traps where we have fallen, like Gide did!